Japanese Universities Alumni Association in Bangladesh (JUAAB) is the association of the people who obtained their Bachelor, Master or PhD degrees from Japanese universities. JUAAB was established in 2000 on the historical occasion of the 30th  year of Japan’s diplomatic recognition to the People’s Republic of Bangladesh. JUAAB’s objective was being conscious of the need for forging and fostering the bonds of friendship and amity between the people of Bangladesh and Japan on exchange of academic knowledge, socio-cultural understanding and mutual appreciation of our age-old heritage. After 20 years, JUAAB has achieved an esteemed position, not only in strengthening bondage and friendship between Japan and Bangladesh, but also in mobilizing resources towards self-sustenance. JUAAB started with a few members but at present, the number of members has risen to 700. Presently, JUAAB has entered into a new era of development in every sphere of its working arenas through harnessing the strength and expertise of JUAAB team and exploring all available resources. With continuous practicing of democratic principles and norms, JUAAB has become the symbol of unity and strength that ultimately trigger these developments in a prolific fashion. JUAAB is now proud of having its own permanent floor space (about 4,000 SFT) in a modern building at Farmgate. JUAAB is also dreaming now to renovate and equip this space with all modern facilities of a “Japan Cultural Centre” in the near future after overcoming the adverse effect of Covid-19 pandemic. However, during last 21 years journey JUAAB achieved with the following items. 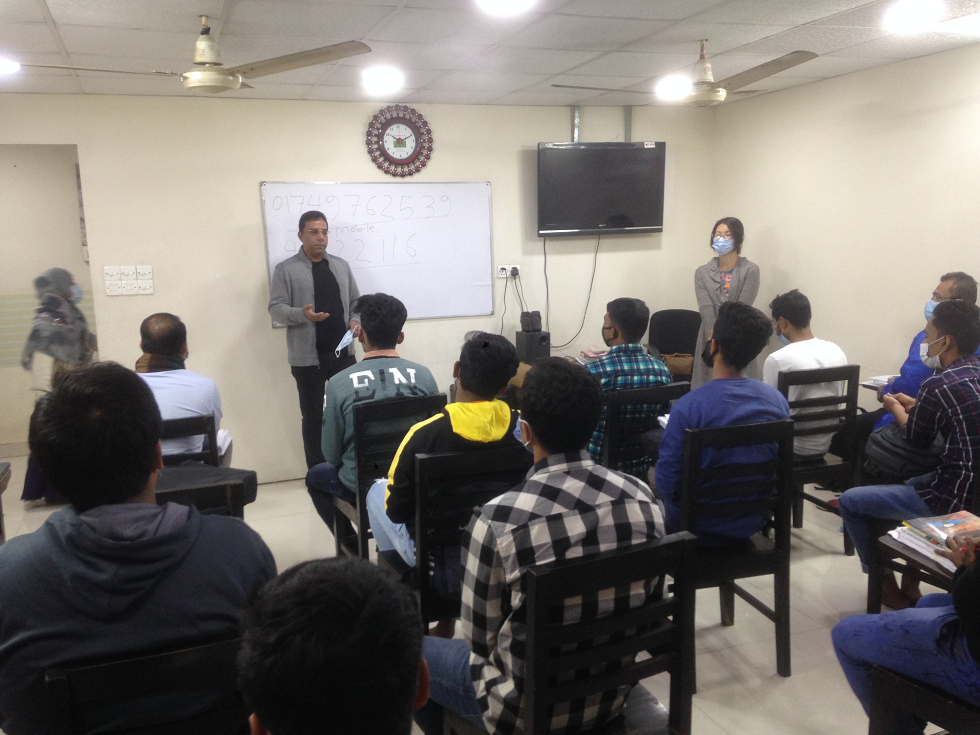 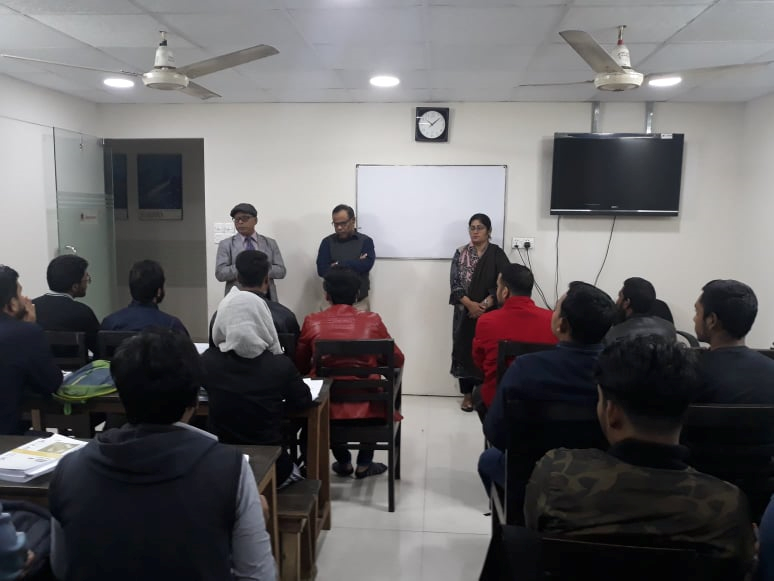 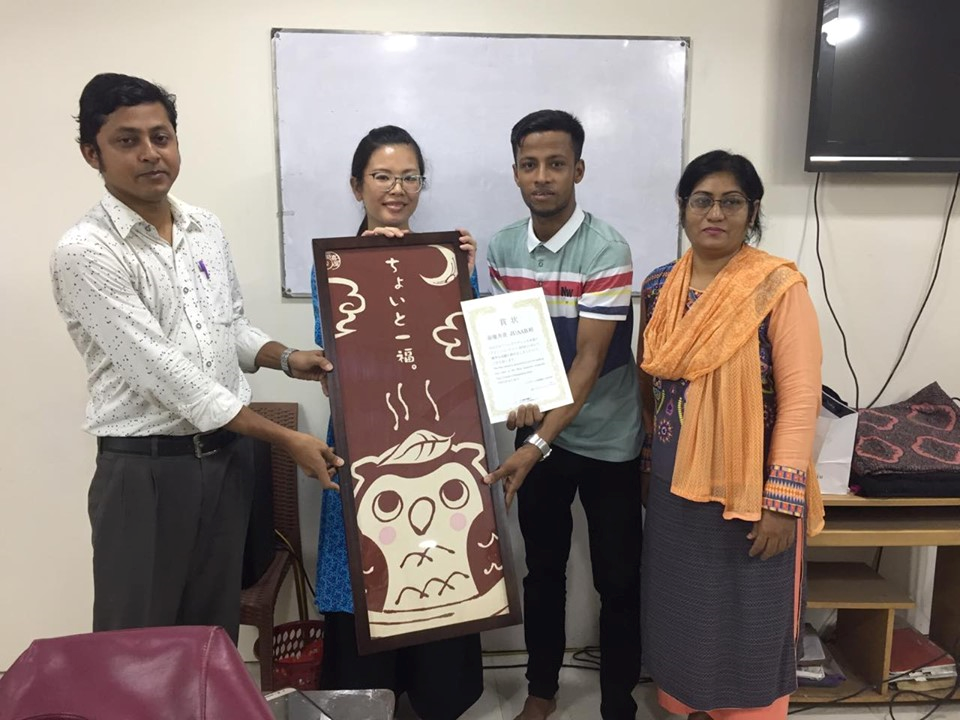 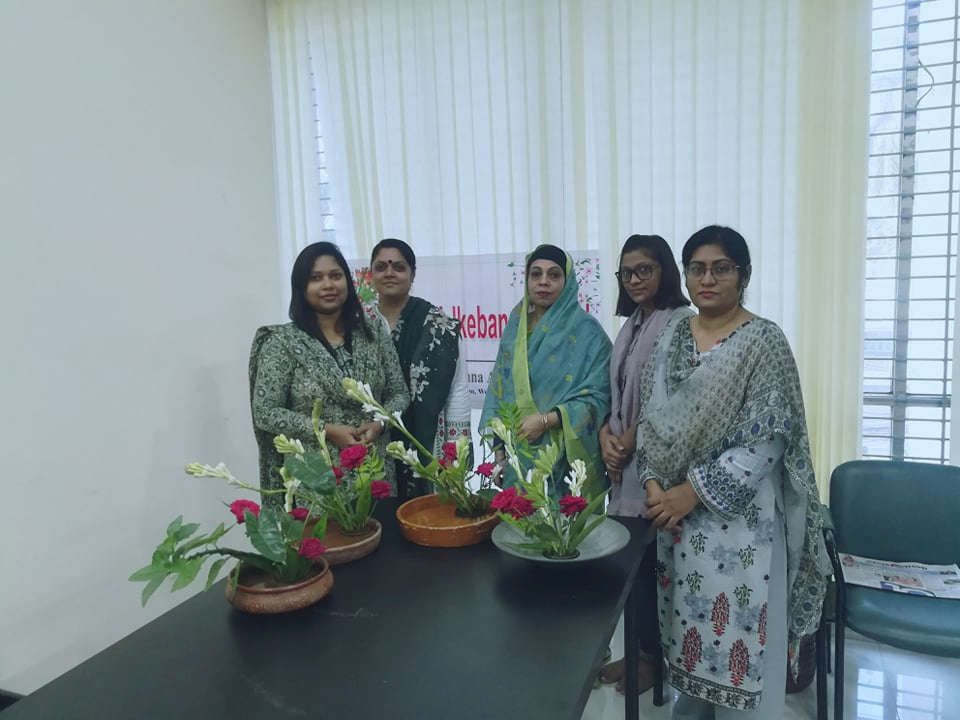 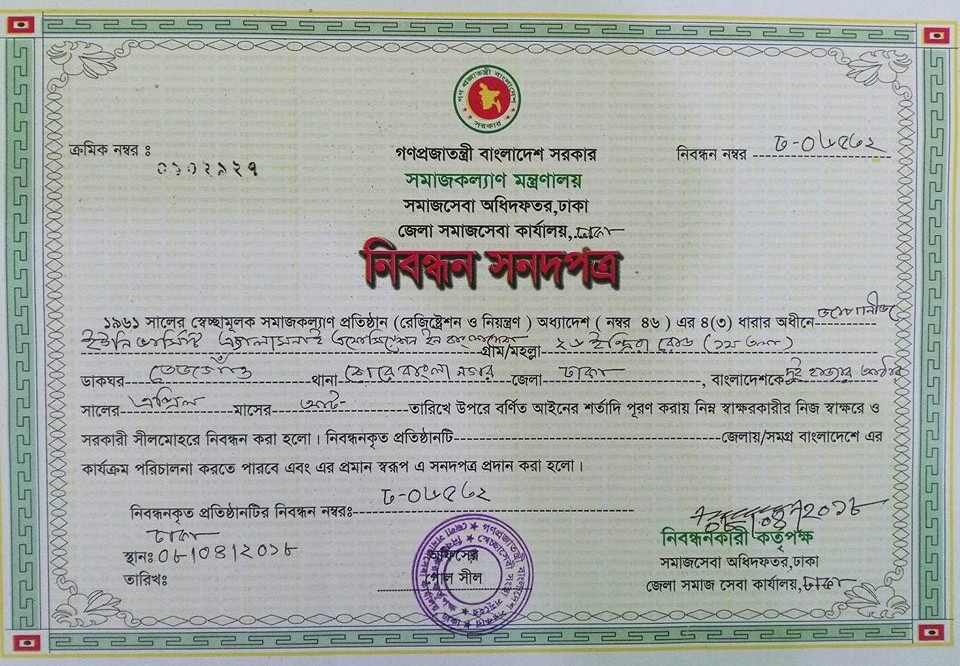 5. JUAAB Organizing Japanese Language Proficiency Test (JLPT) with the cooperation of Japanese Embassy in Bangladesh since 2002.

6. Every year organizing Japanese Language Speech Contest since 2008 and receiving the financial support from Japan Foundation. 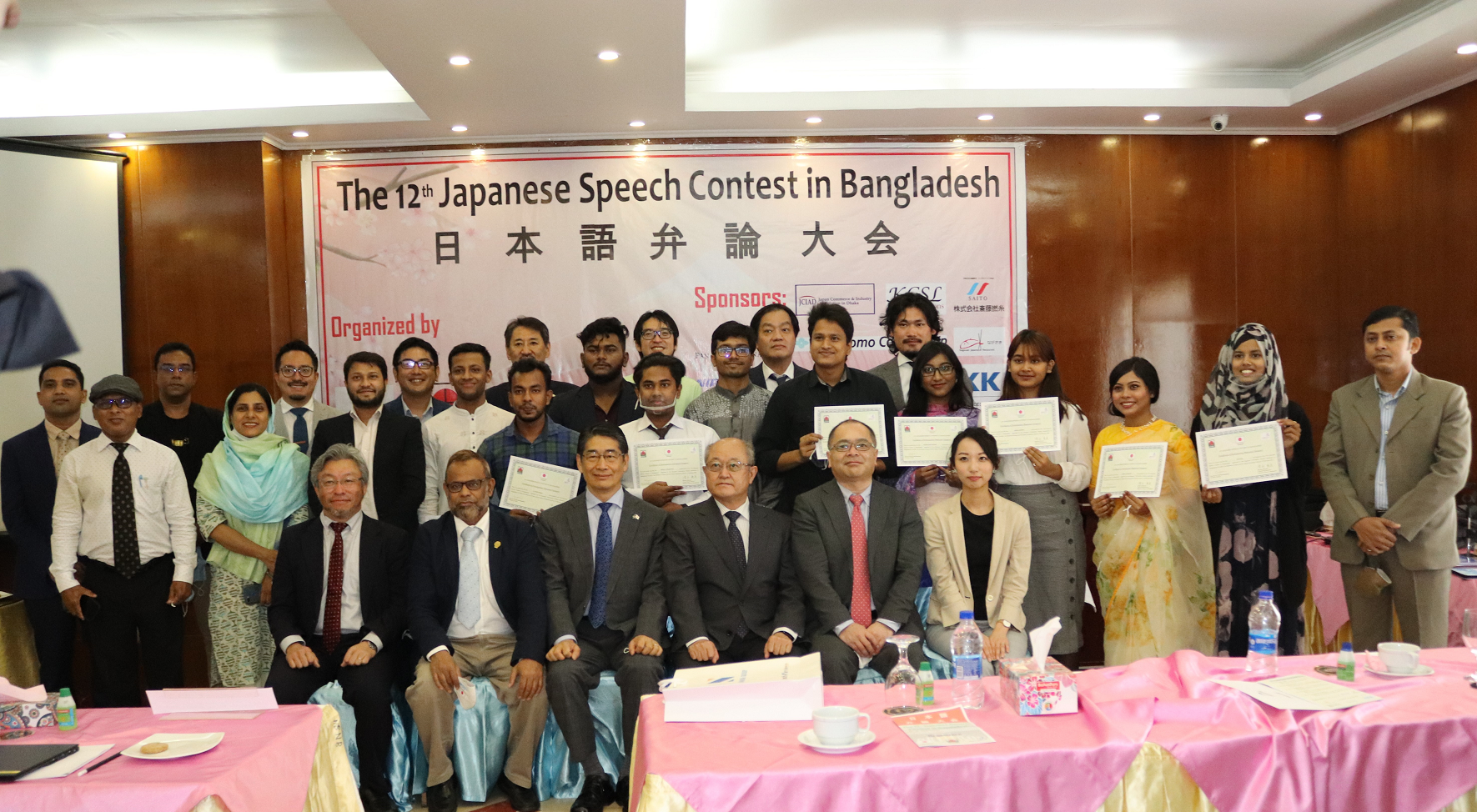 8. Got Sakura Network membership (JF Nihongo Network) from Japan Foundation from the year 2009 to 2014. 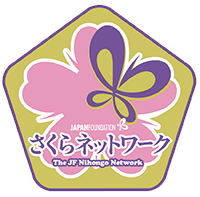 9. Organized SAFJUAA Speech Contest and Meeting in the year 2014.

10. JUAAB registered with Bangladesh Board of Revenue and got the tax Identification number (TIN) from the year 2020. 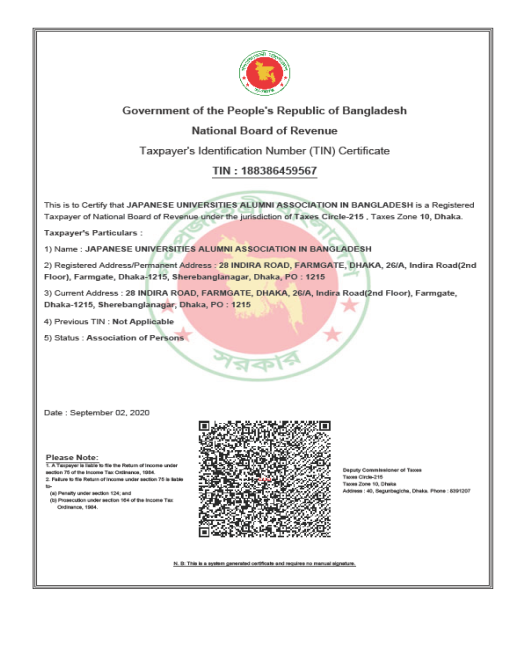 12. JUAAB is trying to establish as the self-sustainable organization in Bangladesh.